The DROP – Get News and Trip Reports Here!

The Cazadero Section of the Clackamas River “The Unknown Run”

*BONUS FLOWS* Due to PGE’s ongoing project at the Faraday Hydro Facility they are letting water flow back into the river as it naturally would. For boaters this means whatever the flow of the Clackamas is on the Estacada gauge the flows in the Cazadero section will be comparable.

The Cazadero stretch is a rarely run section of the Clackamas River, just east of Estacada, between North Fork Dam and Estacada Lake. Normally dewatered most of the year by PGE for power generation, the riverbed lies dry except for a meager fish flow of around 150 cfs (cubic feet per second). However, when the river gets above 5k on the Three Lynx gauge, water spills over Faraday Dam into the river providing ample paddling flows. 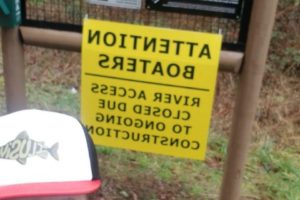 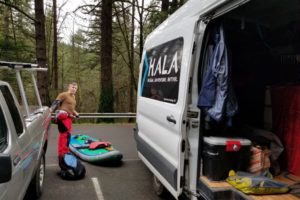 Paul Meier and Paul Clark and the Hala van 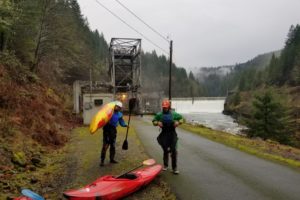 Paul and Dustin at the put-in 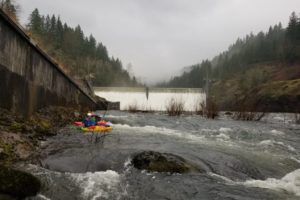 Due to access and flows the Cazadero Stretch could be considered a novelty run. If you’re still interested, park at the yellow gate located on East Faraday Rd. off Highway 224; about 2 miles east of Estacada. Once you’ve found the gate, make the mile or so hike up a paved road (Old Highway 224) until you get to the access road. This right leading road progresses down to the diversion dam and fish ladder. Once you’re at the fish ladder and dam, make your way to the river. During the walk, some whitewater can be viewed from the road; don’t be fooled by the what appear to be small rapids. The run is a little over two miles but offers a big water feel with a couple class III’s, two big class IV’s and one class V. In total, there are six or seven rapids. 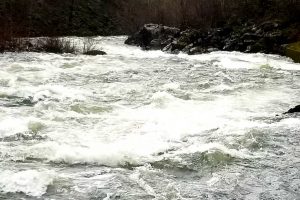 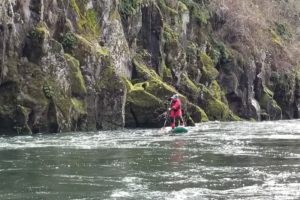 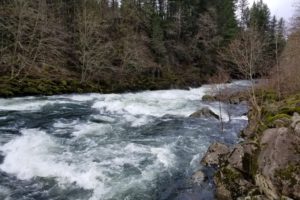 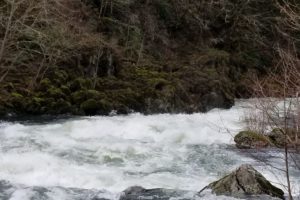 The first rapid, “The Wall”, is directly below Faraday Dam. It’s a straight forward class III. Find a safe launch spot and head down stream. The second rapid, “Full Throttle”, is just around the corner after a long pool, and is a fun class IV. If you want to scout, get out on river right and get the best vantage on the large boulders. Put the pedal to the meta; paddle hard and enjoy the fluffy line right down the middle! A short pool separates Full Throttle, from the third rapid, “Slam Dunk”, which is a fun class III. Around the corner is, “Island Rapid”, which offers a class IV left channel and a class V right channel. The left side is a series of rapids making up the left channel of the island. The first part I call, the “Crux”, which is the hardest of the series. The second part I call, the “Wall”, and aptly named for the big cliff wall on the left. The third part I call, the “Corner”, where the river makes a big right bend. The right channel of Island Rapid I call, “The Pocket”; named for the nasty undercut pocket on the right wall below the big pourover. If you’re interested in scouting the right channel, I suggest running the left side of the Island and getting out in the eddy below the Wall on river right. If you’re contemplating running the right channel of Island, be sure to take a careful look at the undercut pocket at the bottom just below the big ledge. The undercut pocket is a very obvious hazard. In my opinion, it’s not worth the risk of running the rapid and getting pushed into the undercut. On one adventure down this stretch, I watched a paddler get pushed into the pocket and get sucked under the wall. Luckily, only a paddle was lost 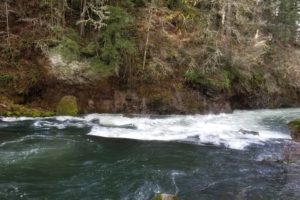 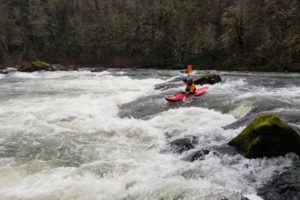 Heading into the left line of Island Rapid 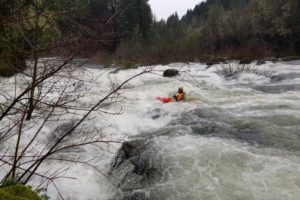 The crux move on the left line of Island Rapid 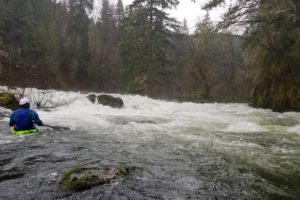 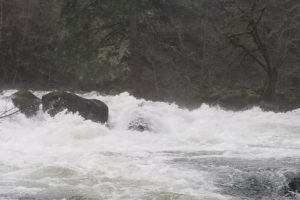 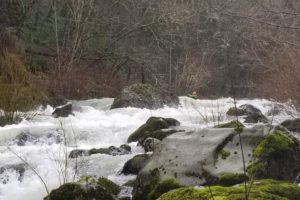 Entrance to The Pocket right side of Island Rapid

The ledge above The Pocket right side of Island Rapid 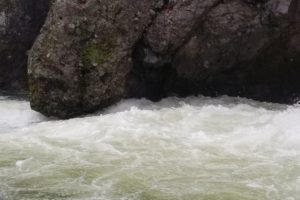 The Pocket; an undercut wall right line of Island Rapid

After Island Rapid, the river eases up with a fun, easy class III, with some potential surf. There is one more class 2+ above the footbridge and PGE’s West Side Hydro Facility. Once you pass Faraday Hydro facility, you’ll come into Estacada Lake. It’s a mellow flatwater paddle on the lake down towards town. Take out behind the Cazadero Restaurant and Bar. 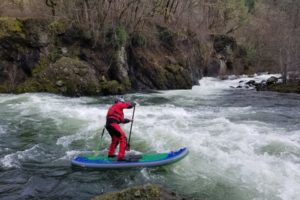 Paul Clark peeling out below The Corner 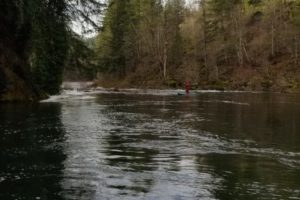 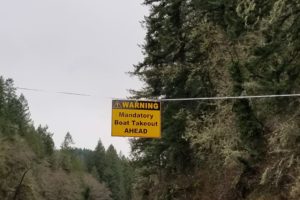 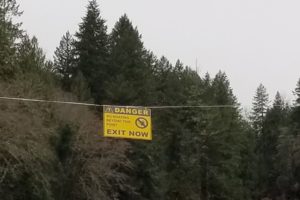 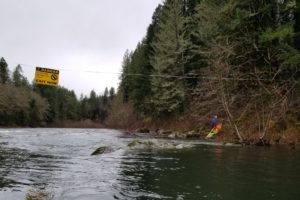 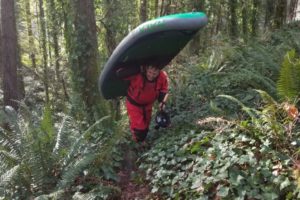 Our new website allows for online rentals of kayaks, sup and other outdoor items!  It is an easy to use secure system created by our friends at Winthrop Web Services.  Enjoy!